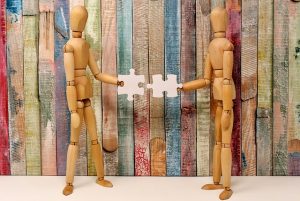 One of the challenges that faces our tutors, primarily our Conversation Corner leaders, is how to deal with attendees who are at a much lower level than the group average, or, who may not speak any English at all. I completely understand this problem, as I have been faced with it many times. It can be frustrating and disappointing to know that when a low-level learner tries to participate, it can throw off the vibe of the group; but also, we feel guilty that we aren’t helping that person learn. Well, I have some tried and true ideas that I think can help us all out, and which won’t require much extra effort on the part of the Conversation Corner coordinator.

The first thing we need to do is be ready to manage our group. The typical Conversation Corner may have almost every member participating in one large group with the volunteer directing the conversation. In truth, we should almost always be breaking larger groups down into smaller groups of about three or four, and the Corner leader should float between groups like a butterfly, checking in on conversations and helping out when needed. This is beneficial because smaller groups ensure that more people will get a chance to speak than they might have in a larger group. Larger groups might get dominated by the stronger speakers. Also, smaller groups will be more likely to promote stronger speakers helping weaker ones carry on the conversation. If you happen to have students of similar levels, you can of course try to put people in groups according to their proficiency, but that might add a few extra challenges. For example, if everyone in a group is unable to follow the directions because of their language level, then they will end up doing nothing. A mixed group is probably going to be most effective.  I find that most often everyone likes to help others learn and express themselves.

Another thing leaders can do to keep things balanced and interesting is to mix groups more than once per session. This is called a “jigsaw.” Let students speak in one group for half the session, then jigsaw them around to new groups. This offers a fresh, new start and can avoid the feelings a student might get when stuck with someone who isn’t holding up their side of the conversation. As the leader, you can always decide who gets to be in what group, and you can place stronger speakers together with the jigsaw move, if you feel it necessary.

Of course, there is always the risk that when students are mismatched it can be frustrating for everyone because the more fluent speakers will want to speak faster, and the less fluent speakers will feel shut out. However, there are more approaches we can employ to help alleviate this issue. That starts with how you design and manage the flow of the session. In general, every session can follow a pretty easy formula: Part one should be to find out what people can say about the day’s topic, while also providing some key phrases, terms, and any pertinent cultural background knowledge. Once you go through this foundation phase, you can move on to discussions, and encourage everyone to incorporate the new vocabulary or terms. It may even be helpful to appoint one of the members of the group as language police who ensure that only English is spoken, new terms are attempted, and no one monopolizes every discussion. People often love to police others, so that’s a handy tip.

Leave time at the end of a session to check back in with the whole group, asking for questions, asking for final statements, and generally getting a feel for how the conversation went. Orally quiz people on new terms, and then, if you can, leave the students with a final thought or goal to practice independently until you see them again. No pressure, but that’s level ten session leading!

The next aspect that Corner Leaders can consider to help alleviate the difficulty of bringing lower level speakers into the group is to employ a variety of activities other than conversation questions alone. I highly recommend using games and activities that are game-like. Here are some of my favorites:

3-2-1
In this activity, you can select a speaking topic according to the average proficiency of the group, but it should be something most people could speak about without any special knowledge. Divide the group into groups of threes (this is the ideal, but of course, you may have to improvise if you have a number that doesn’t divide by three). Get those groups to arrange themselves in a circle, but each group member should be facing their own group. Each person in the group will become speaker A, B, or C. You will set an alarm for three minutes and allow speaker A to speak on the topic (alone) for three minutes. Then B the same, and finally C. Once every person in the group has spoken for three minutes each, Jigsaw the group by asking speaker A to move one group clockwise, and C to move one group counter clockwise. Speaker B remains in their original seat.

This round goes exactly the same, even the same topic, but the timer is set for two minutes. When you get through the two-minute session, jigsaw again and repeat the process with the timer set for one minute.

This activity helps to build fluency because everyone talks about the topic three times, each time having to be more precise about it. And, it generates a lot of talking.

Activate Games
In a previous post I mentioned the resources from the American English website. There you will find a resource called Activate Games.These are free board games that you can print out and bring with you to your session. They often focus on specific language skills, so it’s a good way to focus conversation that uses certain grammar constructs such as “What would you do if…”(Conditional phrases), “What do I know about…” etc. The only issue here is that you may need dice, which you could buy, OR, you could get your students to try and figure out how to make substitute dice (which is an activity in and of itself). If all else fails, all smart phones can download a dice or random number app or website.

Pictionary
Although, technically a board game, you don’t need to buy it to play it. Pictionary is charades, except with drawing pictures instead of miming. This is a great game to play for general fun, or to focus on specific words of phrases you may have worked with.

To set up, you need a whiteboard and markers. Any library will provide these. After that, all you need to do is write some words or phrases on scraps of paper. Again, it’s best to use words you are sure everyone knows or has been exposed to. Also, it is harder to draw concepts like “friendship”  than it is to draw simple nouns like, cars or dogs. So, I go for more concept words when possible. But, it’s nice to have a good mix.

Divide the group into two teams. Then start with the first player. Give them the first word on a slip of paper. That person starts to draw on the board, and their team has three minutes to guess. ( I believe actual Pictionary is only one minute, but it’s best to extend this time when it comes to learners.) If the team guesses in the allotted time, they get a point. Usually I let the other team try to steal (take a guess) if the active team wasn’t able to guess, but you can make the rules as you see fit.

One caveat goes with this. I was surprised when I first learned that many games are surprisingly cultural, in that, they are not played globally. Many is the time I have set up Pictionary and thought the students easily understood the rules and concept of this game, only to have them do the oddest things (in my point of view) when they were at the board. If you have students from non-western countries, or from poorer countries where they may have never played many board games that we take for granted, you may encounter some difficulties.  However, everyone does learn to play.

The next piece of advice I have to help low-level students, as well as all others is to show lots and lots of pictures. Adults like visuals to help them learn, and you can incorporate visuals in many ways. If you or your branch has laptops or tablets, then you can always bring up pictures on those. Bring up a picture and ask people to describe what they see, what they think happened before or after a picture, etc. And of course, show pictures of the things vocabulary words refer to.

You can also draw pictures on the whiteboard, if you are so inclined. Students love that, and I would be willing to bet that you already do this frequently.

Another method that is often recommended is to have students learn new vocabulary and concepts by drawing their own pictures. This is a 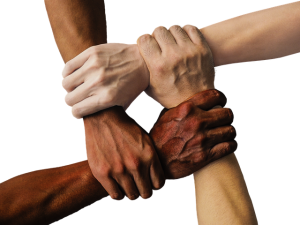 highly recommended way to learn because it goes beyond writing a definition for new vocabulary out of often abstract or unknown words, it helps us to envision new ideas. So, you could always save some time at the end of a session to have people draw something that sticks in their mind. You could then ask them to share with the whole group and explain it (if they aren’t too shy). Lots of great language can come out of these activities.

There is another school of thought that says that students learn quickly and solidly if teachers employ the “Total Physical Response” method. And here what you do is a) incorporate a lot of gestures and movement in your own body when you talk, explain, or describe things. It looks like a form of sign language (Here’s a youtube video). And b) you get the students to use the same movements and gestures as they talk back with you and to each other. I imagine a lot of us would feel a bit silly at first, but there does seem to be some evidence to back up this method.

And my final piece of advice to you is to show everyone, but low-level people in particular how to get a library card and use Mango Languages. If you can show Mango to the student, they can start using that to build their language and vocabulary, which they can then practice in the group. Mango offers ESL lessons for speakers of all of the major world languages and then some. I don’t think we would be likely to encounter a student who couldn’t use Mango. And, it has a phone app that people can download. The phone app has a continual play feature that allows people to listen to the app, even if they are doing something else (perhaps, like working).

I hope that you will experiment with all of these methods, and I bet many of you have even more to contribute. Please do so in the comments, or share lessons/activities with us through email, and we will post them on our shared drive.